First wash the potatoes, pierce the peel with a fork, wrap with plastic wrap and cook for 5 minutes at 800W in the microwave (alternatively, cook them normally: wash them, put them in a pot, cover them with plenty of cold water and cook for about 30- 35 minutes or until they are almost completely cooked, so drain them).
Remove the film, peel them, let them cool and cut them horizontally into 3 slices, taking care not to break them. 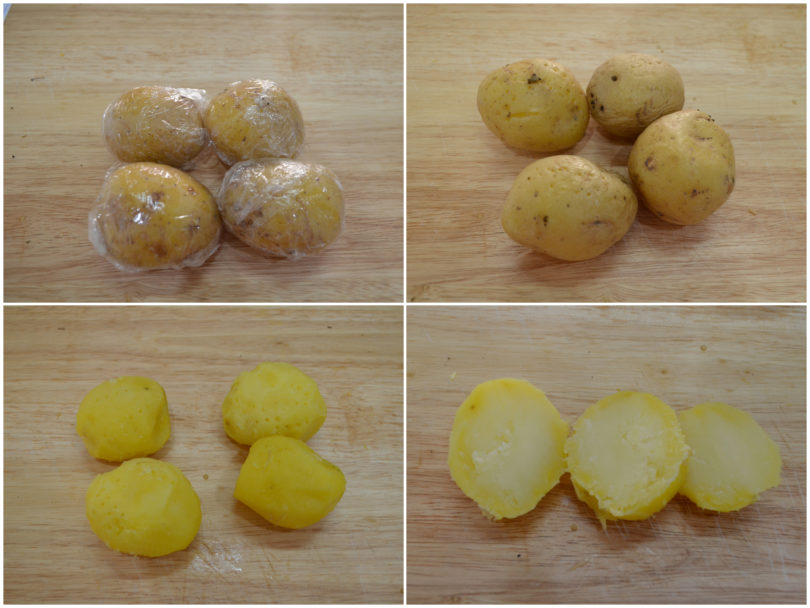 Stuff the potatoes as if they were a sandwich: put 1 slice of scamorza on the base of the potato, cover with the intermediate slice of potato, add 1 second slice of scamorza and close with the final slice of potato.
If you want, season the potato with salt and pepper, without exaggerating because the ham will become very tasty after cooking.
Wrap each potato with a slice of ham, then block the various layers with a sprig of rosemary (alternatively you can use a toothpick). 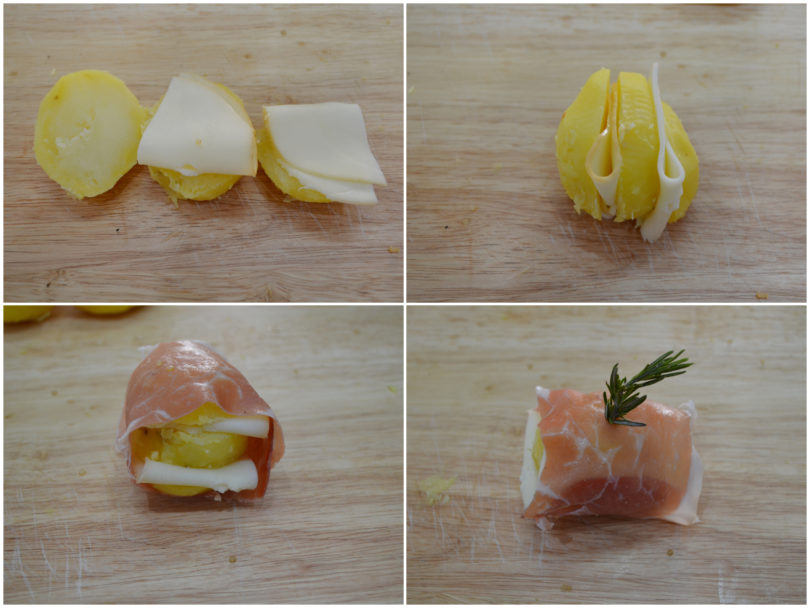 Put all the potatoes in a pan, add a few flakes of butter and cook for 15 minutes at 220 ° C, in a preheated oven, so that the cheese melts and the ham becomes slightly crispy. 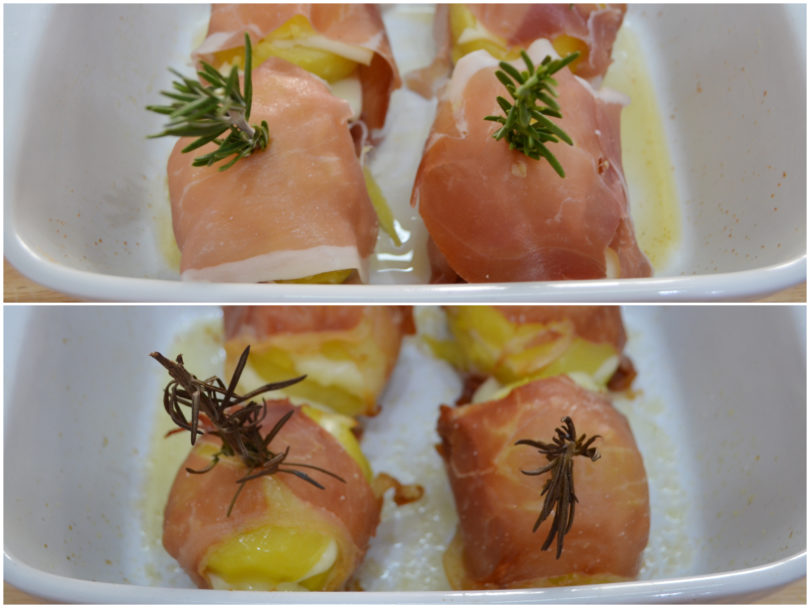 The potato sandwiches are ready, serve hot or lukewarm at best. 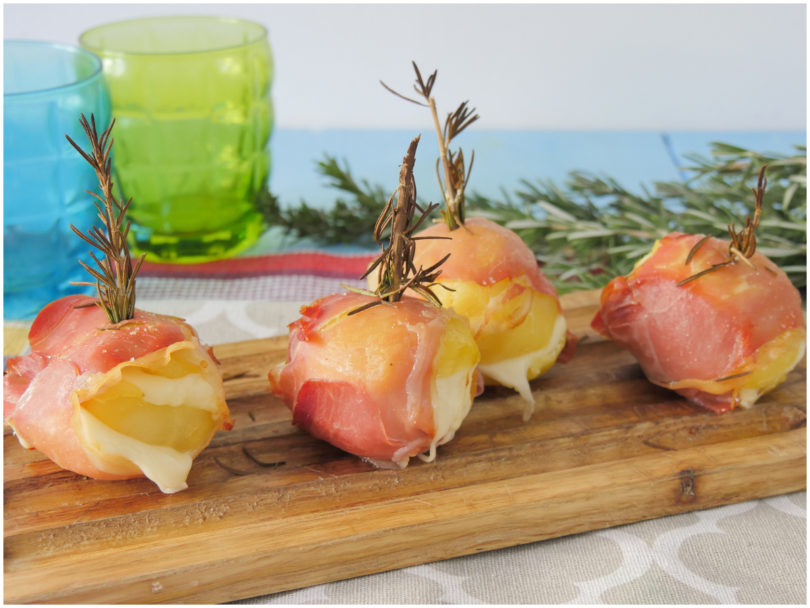 This recipe has already been read 29 times!