The fettuccine alfredo with chicken are a recipe that in America is closely linked to Italian cuisine. In the United States, in fact, there is no Italian restaurant that does not serve the very famous fettuccine Alfredo! But the beauty is that this dish, here in Italy, hardly anyone knows! In reality it seems that the original recipe, with a very simple sauce based on butter and cheese, is truly Italian, dating back to no less than the 15th century, of Roman origins (the original name was in fact maccaroni romaneschi).
The recipe was then brought back into vogue at the beginning of the 20th century by a restaurateur, also from Rome, Alfredo Di Lello, hence the name. Between the 20s and 30s of the 1900s, fettuccine Alfredo then spread a lot in Italian-American restaurants, while here they have been forgotten. The version that has spread, however, involved the use of cream instead of butter: not only that, but many restaurants offer it precisely with the addition of chicken to the basic seasoning. Here I am, then, after this long preamble, to offer you my recipe for fettuccine alfredo with chicken 😉

How to make fettuccine alfredo with chicken

First, cut the chicken into strips and cook with salt, pepper and half the butter in a non-stick pan, browning it well.

Put the chicken aside and, in the same pan, season the cream with salt, pepper, nutmeg and the remaining butter, then add the chicken again.
Meanwhile, cook the pasta, drain it al dente and then toss it in the pan with the sauce, stirring with the aprmigiano. 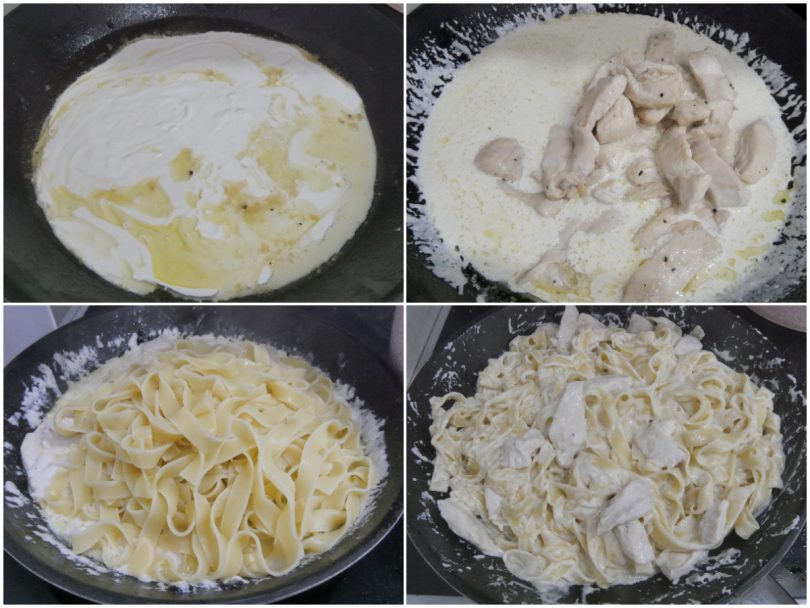 The fettuccine Alfredo with chicken are ready, you just have to taste them. 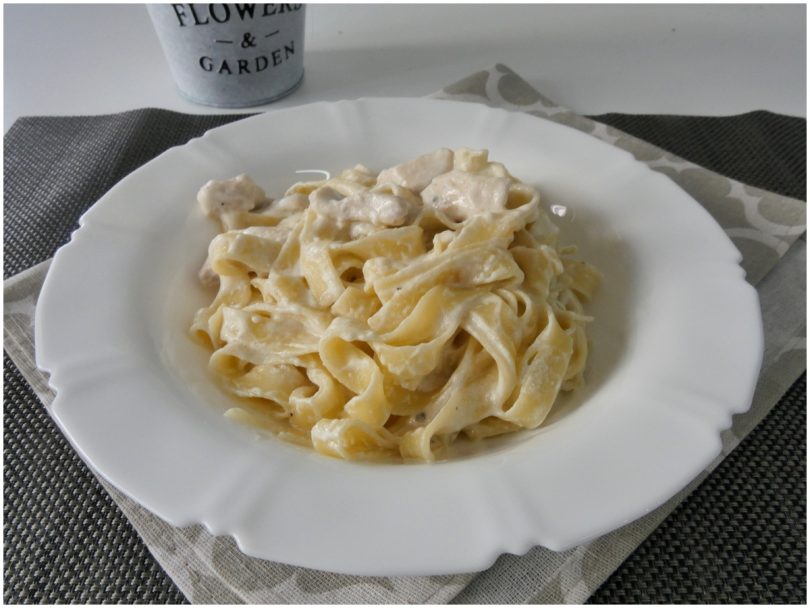 This recipe has already been read 3940 times!