The cao lầu is a Vietnamese dish from the province of Quảng Nam based on rice noodles cooked in a special local lava water used for cooking which gives it a unique flavor and consistency.

In the world there are traditional local dishes and drinks which, due to the particular ingredients used, cannot be faithfully reproduced in other areas. For example, analogous to the purple tea of ​​the Azores Islands whose taste and color are the result of the mineral water used coming from the thermal springs, in Vietnam there is a dish that owes its characteristic taste and texture to the local water used for cooking. Let's talk about the cao lầu, a delicious rice noodle dish served with meat, vegetables and broth, whose noodles are previously soaked in water from a well in the city of Hội An enriched with ash from wood from trees. 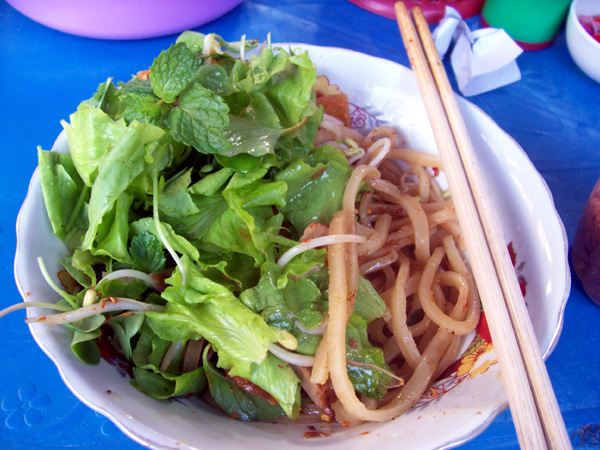 This very special dish comes from Hội An, Vietnamese city in the province of Quảng Nam, on the south coast of the country. His recipe includes culinary techniques typical of Vietnamese, Chinese and Japanese cuisines and rather easy ingredients to find in other areas. The cao lầu is indeed a rice noodle dish rather thick, similar to Japanese soba, moistened with a small amount of broth and served with a garnish of pork, stewed or fried and chopped or sliced, leafy vegetables, blanched bean sprouts, various herbs and small rice croutons. Although the recipe may seem simple, it actually takes a long time to prepare. The true secret of cao lầu however, as we have seen, lies in the unique ingredients. The noodles are in fact mixed with thewater rich in alum from the ancient Bá Lễ well of Hội An enriched with ash obtained by burning wood from a tree that grows on the nearby Cham islands, about 20 kilometers from the coast. After the noodles are immersed in this prodigious water, which makes them gummy, elastic and yellowish, they are processed to a length of about 10 centimeters and a width of 0.5 millimeters, to be then washed, boiled and cooled under the banana leaves. With a part of their dough, little squares are made that are fried and used to complete the soup and to give it a little crunchiness. 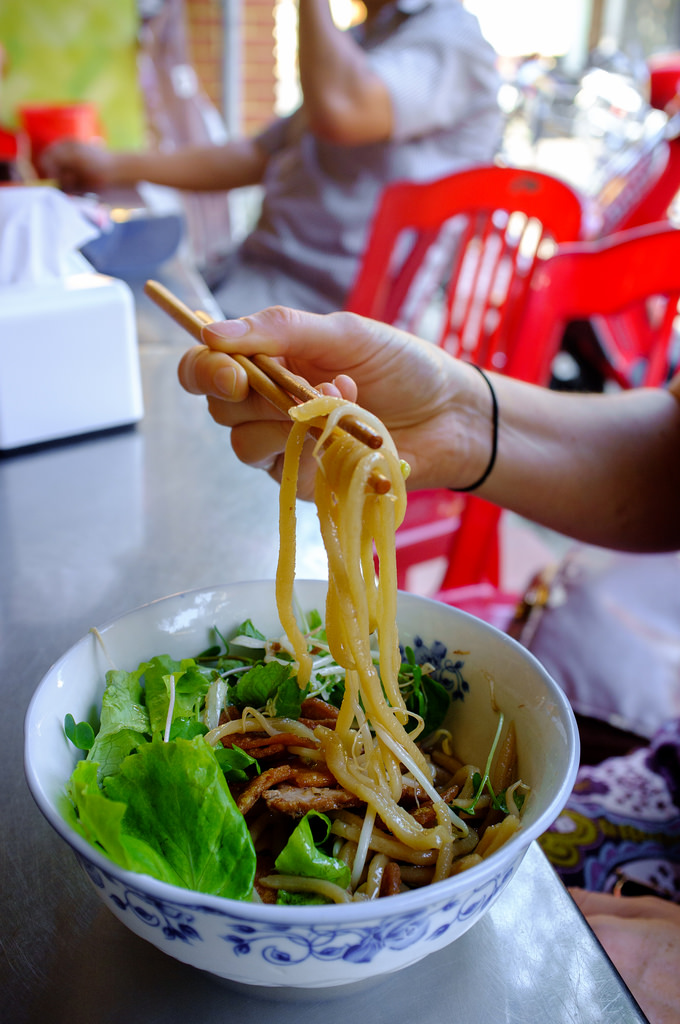 The cao lầu of Hội An between past and present

In short, it is only in Hội An that it is possible to taste the traditional and authentic form of cao lầu. In this charming and ancient coastal city of about 150 thousand, perfectly preserved and whose historic district characterized by French colonial architecture, canals and wooden shops has been declared a World Heritage Site by UNESCO since 1999, a time like today the merit of the preparation of this dish goes to one family. For four generations these chefs have been perpetuating tradition with dedication, technical skills and with a process that is as faithful as possible to the original.. The family currently no longer draws from the ancient well,

but draws water from a new well built well that produces water with similar properties. Even the ash used no longer comes from wood from the Cham islands, but from very similar local trees.

Nowadays cao lầu remains the main specialty of Hội An, present in all restaurant menus, but it is not always easy to find the original version, especially in tourist restaurants along the coast. The best solution, which many Vietnamese use, is to buy it from the many street vendors, at the affordable price of less than $ 2.