Two twentysomethings and a start up: this is how they bring the pasta of the best artisanal pasta factories to Italy and the world

Every region, every city and every country in Italy has its own typical product from bread to cheese, and even pasta is no exception. There are many artisan pasta factories that try to maintain their pasta traditions and uniqueness by working every day with passion and pride. Their activities are not only intended to produce good pasta, but also to maintain and preserve nature with good agricultural practice, respecting growth times, human work and keeping activities in small countries alive.

Ancient grains, forgotten or unusual formats, family pasta factories who work their own grain and have decided to stay out of the rules of large-scale distribution, and that make a unique product (just taste it once to feel the difference). Italian quality pasta is scarce, difficult to find and often confined to a niche market that is difficult to reach. This is why Giovanni and Vittorio, twenty years old, the creators of Finestpasta.com they invented an online platform that combines excellent product quality, large selection and wide distribution coverage. «As good Italians we have grown with some fixed points. One of these is food or, better, good food, and we decided to create Finestpasta.com with the aim of offering the better than Italian pasta, far from large retailers and standardized flavors, to support small producers, the artisans of Italian pasta, a part of Italy that defends the true essence of being Italian every day ".
They travel all over Italy in search of the pasta with the best characteristics, select only the pasta of the producers who respect the traditions and production standards and agree directly with the producer to guarantee the product not only in Italy, but also throughout Europe in 24 / 48h working, and all over the world. Without the minimum order or the long purchase procedures required by manufacturers, on their platform you can easily order by phone, PC or tablet in a few simple clicks. Wherever you are.

From Lombardy to Sardinia

From Lombardy there are the traditional formats or the Valtellinesi Conchiglie di Pasta Negri, based in Chiuro, in the heart of the Valtellinesi mountains made with the same buckwheat dough as the pizzoccheri; the gluten-free artisan pasta from the Maidea pasta factory in Abruzzo; the range of the Mancini Agricultural Pasta Factory, which directly grows its wheat in the countryside of Monte San Pietrangeli, near Macerata, in a wise and aware way and with respect for the environment. You can discover the true taste of fregola thanks to the Pastificio dei Profeti, 20 km from Cagliari, which works according to fair trade values, respecting the environment and respecting workers' rights and which devotes part of the profits to humanitarian projects and social. And then the busiate of Feudo Mondello, made with stone ground spelled, dried at low temperatures, to allow this traditional Sicilian pasta to maintain the scent and unique color of Sicilian wheat

Pasta should be tasted: here's how

We are too accustomed to performing gestures automatically, few still dwell on daily gestures and appreciate their aspects. For this reason Vittorio and Giovanni advise to carry out a few simple steps in order to fully enjoy a product that has cost time and effort.

Open the package, smell and you will immediately feel an unmistakable smell of wheat.

Even during cooking you will be able to smell the scents emanating from the steam, some formats also, produced with certain grains, slightly color the water.

For optimal tasting, respect the cooking time written on the package.

Each product is unique and has a characteristic aroma and flavor given by the type of wheat and the geographical origin. Try the different formats to discover and savor the Italian tradition

The Italian brandy is not comparable to the French Cognac. To give an example. And yet among many mass-market and rather cheap products, there are distillates of great value wine, behind which there is a tradition, a rigorous technique and an uncommon cure. 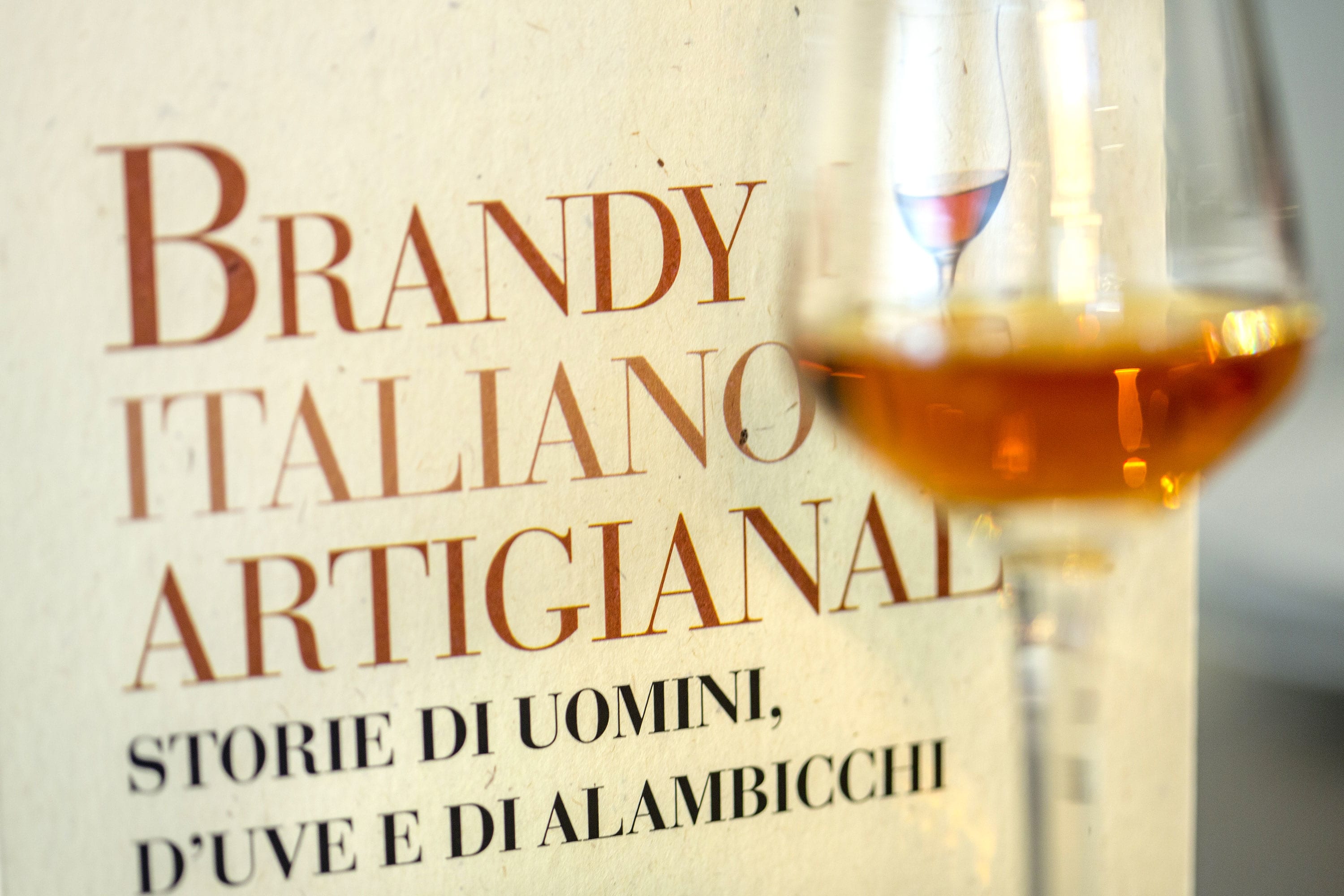 In short, our wine distillate deserves attention and four illustrious producers of the still are raising it. A Bolognese, a Bassanese and two from Trentino who answer the names of Guido Fini Zarri, heir to the historic Pilla industry, Mario Pojer (whose company was born from the meeting with Fiorentino Sandri), oenologists and winemakers, Vittorio Gianni Capovilla is Bruno Plizer, last arrived. The first uses the charentais direct fire still, strictly in French style, while the other three use the distillation technique with a discontinuous bain-marie still. For the rest, all four differ profoundly with regards to barrels, methods, style, provenance and stills. But they had the merit of teaming up. In the shade of grappa
The Italian Craft Brandy is a distillate of Italian wine aged in oak barrels, but for many years it has not enjoyed all this appeal and is overshadowed by the distillate of marc, the grappa, much more famous and known in Italy. In reality it was not always the case and in the late nineteenth century the cognac crisis brought by phylloxera had made some very powerful brands flourish that remained in vogue until the 1970s (Stravecchio Branca, Florio, René Briand, Vecchia Romagna Buton, Stock 84, Oro Pilla). But then these brands have not held up, tastes have begun to turn towards white spirits, advertising strategies have failed to keep up with the times and the market has been invaded by unprotected and often used stoves in the supermarket more than consumed in the glasses.

However, Italian artisan brandy was born from a common vision by Mario Pojer and Guido Fini Zarri, which in 1986 had their first wine distillates poured from their stills. Shortly after they came Gianni Capovilla and Bruno Pilzer. The stories are different: who comes from a dynasty of fine distillers, who from oenological studies and who even from rally cars and then, only then, from the construction of machinery for oenology (Gianni Capovilla). Bologna, Vinceza, Trento, the origin is different and the brandies in question are unique, but all four share strict rules and the philosophy of doing good. The products in question are a concentrate of elegance and goodness and are: the Capovilla 1998 Wine Distillate, the Italian Brandy Traditional Assembly 10 Years of Villa Zarri, theHistoriae Brandy Portegnac 13 Years of Pilzer and theAcquavite Divino Dolomiti 2000 harvest of Pojer and Sandri. Obviously the four musketeers of the brandy (so they were renamed) are not the only ones to produce artisanal brandy and do it well, but they have been the only ones to make a team up until now.

The seven golden rules
In short, we need an identity card and a serious and common disciplinary, just to begin to distinguish authentic products from those more mass, hardly tasted in tasting glasses, but maybe used for some dish. To maintain high standards it is essential first to carefully select the raw material, the grapes, which must be in perfect condition, carefully follow the fermentation process without adding sulfur dioxide, use stills that gently extract the aromas (Charentais or bain-marie), leave that the wine distillate ages for all the time it takes to reach the balance between its natural aromas and alcohol, according to the style and taste of each one, do not add natural or artificial aromas, do not add sugar or caramel , avoid any manipulation before bottling, making only the filtration at room temperature. The re-launching of the Italian quality brandy will have other stages, not least a young and effective communication, to return the suggestion of a product and its imaginary.

I made this for lunch and I am telling you, it was SERIOUSLY delicious!  I loved the sweet tomatoes and caramelized onion on top of the toasted artisan bread topped with the salty ham and the creamy Swiss cheese.  The combination of flavors and textures was superb and definitely worth the time it took to make it.  I have a feeling I&rsquo;ll be making this one again soon.

Place the 2 teaspoons of oil into a skillet over medium heat.  Add the sliced onions and cook, stirring often, for 20 minutes, or until caramelized and golden brown.  Season with sea salt, to taste.  Side Note: If the skillet gets dry, add a tablespoon of water or two.  Remove from the skillet and set aside.

Preheat the oven to 350 degrees.  Line a baking sheet with tin foil.

While the oven is preheating, heat the same skillet over medium heat and coat with cooking spray.  Add the tomatoes and season with sea salt and freshly cracked pepper, to taste.  Cook, stirring occasionally, for 5-7 minutes or until the tomatoes are softened and starting to burst.  Remove from heat.

Spread the mayonnaise and Dijon mustard on each piece of artisan bread.  Layer the bread with the caramelized onions, tomatoes, ham, and Swiss cheese.  Place on the baking sheet and place into the oven for 5 minutes or until the cheese has melted.  Remove from the oven and serve immediately.  Enjoy.

Place the 2 teaspoons of oil into a skillet over medium heat. Add the sliced onions and cook, stirring often, for 20 minutes, or until caramelized and golden brown. Season with sea salt, to taste. Side Note: If the skillet gets dry, add a tablespoon of water or two. Remove from the skillet and set aside.

Preheat the oven to 350 degrees. Line a baking sheet with tin foil.

While the oven is preheating, heat the same skillet over medium heat and coat with cooking spray. Add the tomatoes and season with sea salt and freshly cracked pepper, to taste. Cook, stirring occasionally, for 5-7 minutes or until the tomatoes are softened and starting to burst. Remove from heat.

Spread the mayonnaise and Dijon mustard on each piece of artisan bread. Layer the bread with the caramelized onions, tomatoes, ham, and Swiss cheese. Place on the baking sheet and place into the oven for 5 minutes or until the cheese has melted. Remove from the oven and serve immediately. Enjoy.

Recipe and photos by For the Love of Cooking.net