The mashed potatoes they are a bit like the Anglo-Saxon version of our mashed potatoes. So why put a similar recipe back, you ask? Well, because the recipe is similar, but there are substantial differences. The mashed potatoes, in fact, they are much richer and more full-bodied than our puree: first of all they are made with cream instead of milk, they do not have Parmesan cheese, and then the proportion between solid part (potatoes) and liquid (in this case, in fact, the cream) it is much more in favor of the former, with an essentially much denser result. In short, similar but different dishes, yet differently good;)

First, wash the potatoes well, boil them for about 35 minutes, then drain and peel them. 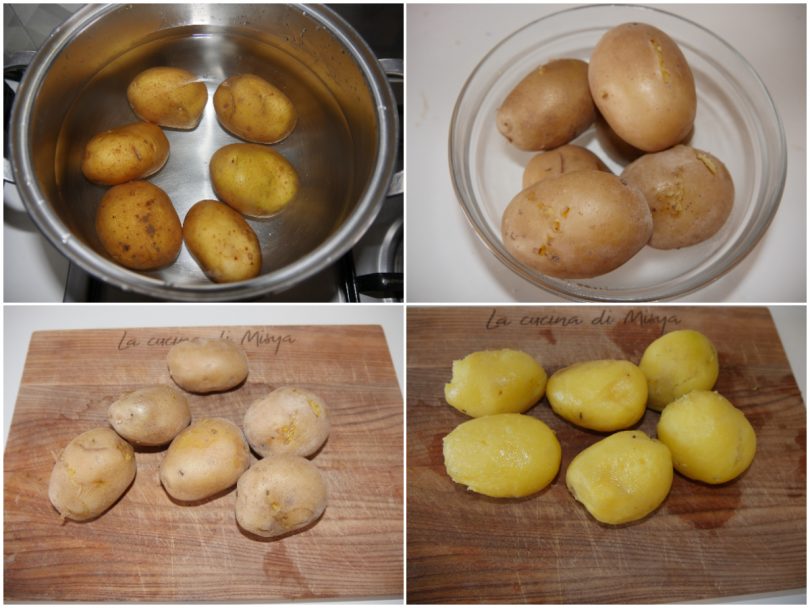 Mash them with a potato masher or a vegetable mill, put them in a saucepan, add the cream and butter into small pieces and a pinch of salt and cook for a few minutes over medium heat, just long enough to melt the butter and mix everything. 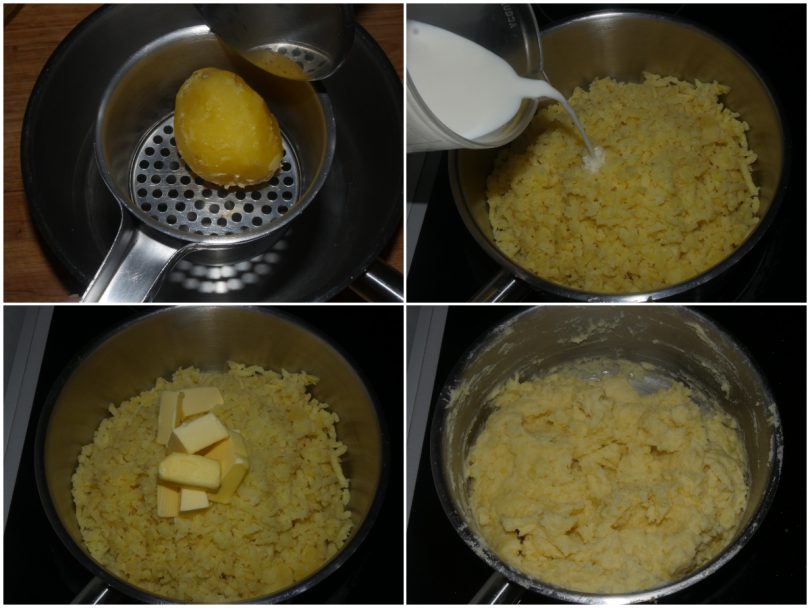 The mashed potatoes are ready, you just have to add pepper and chopped parsley and serve them. 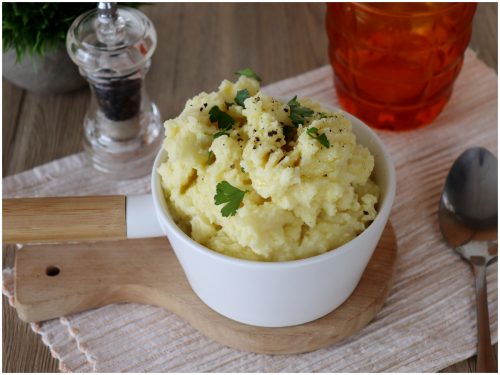 This recipe has already been read 194 times!